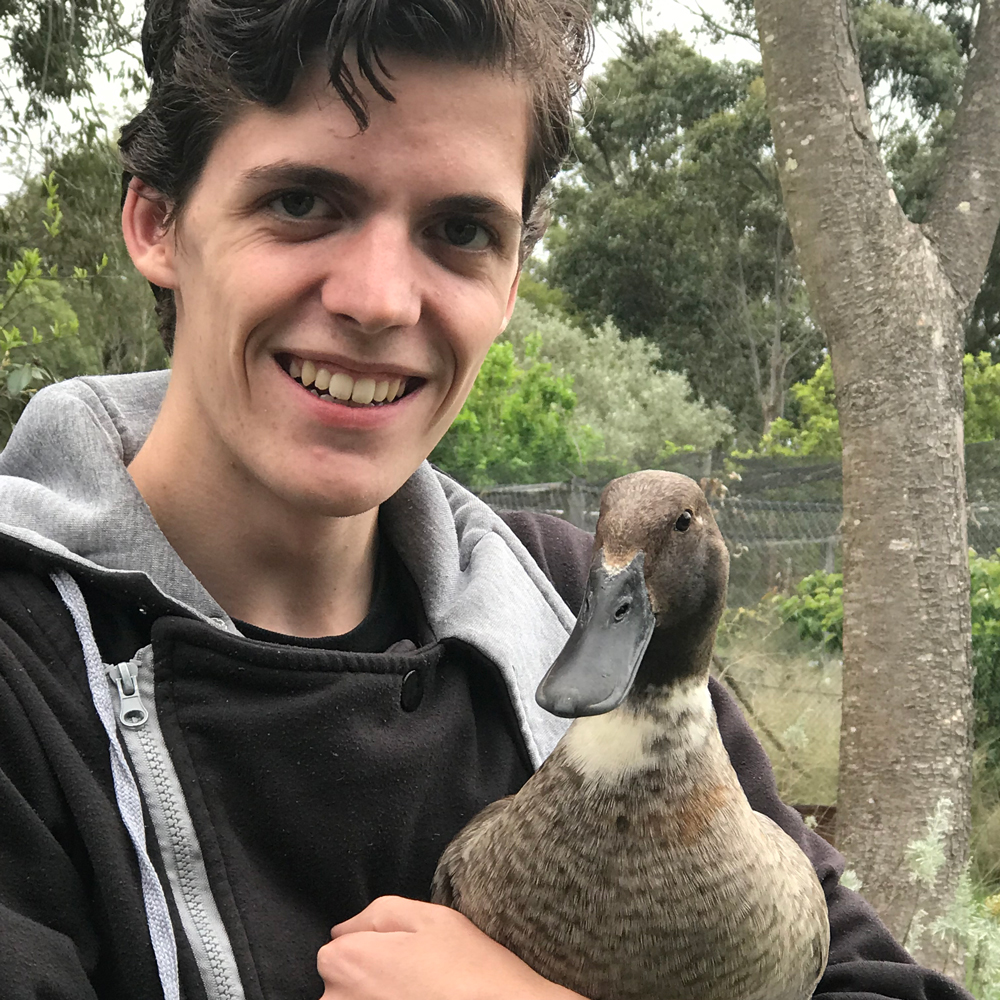 I first started programming when I realised, I could make my own choose your own venture with Windows bat files. This was my first real programming project which I developed completely from scratch, and without any example or tutorials on how to make it.

From there I continued playing around with different things, ending up hitting a complexity limit within bat files which forced me to move on. This led me to NodeJS (via realising I hated PHP & WordPress). Since I was still young and still had practically limitless time, I decided I’d take advantage of it. So, I set myself the goal of not using any libraries other than the language’s standard ones. I was going to build it all myself, so I knew how it all worked – even though I knew it wouldn’t be efficient or nice to work with, I was determined to do it for myself.

First I reverse engineered the ‘request’ library, from there I made my own various small projects experimenting, requiring me to make my own libraries for different things such as: custom-radix conversion for base64 or another encoding; my own flat-file database library; a random library allows for weighted random on selecting items; a compact JSON format encoding numbers and other data in raw binary rather than text.

I wanted more speed, I wanted the ability to run functions in multiple threads, so I created a basic library where you could pass a function and arguments in JSON format to different workers to dispatch tasks. It worked, but it was clunky, horrible, and had a lot of overhead. So, I researched the NodeJS internals and actually did a small presentation in 2017 about it to a local programming community. I realised I’d need to learn C++ and make custom modules to fulfil my goal.

So, I started learning C++, and realised it had the speed I wanted – so I went on similarly to NodeJS and eventually hit a speed cap again. Thus I started investigating how to do multithreading in C++, I originally wanted to make a library for C++, but after all of my research and new knowledge on the inability to manually keep variables synced between threads, and the bulk the API would become, I realised it needed to be its own language.

Thus, we come to me 2yrs ago (2018) originally, I started making a language in C++ calling the project “fiber”, designing it to be compiled to my own byte code which then can be run by another custom application. This would then allow me to easily just to certain points during a function for callbacks from other threads. However, I started looking at the performance of bytecode languages like Java and C# verse Go and C++ and realised I would be penalising myself heavily from the start.

I switched tactic (2019), and decided to restart the project calling it “Qupa” (Queued Parallelism) – thinking I’d write an interpreter which translates the code into C++ doing that what would turn a horribly complex API much simpler to use due to it being integrated into the language. Then I could manage all of the pointers, and global variables myself to prevent sync problems. But then I rediscovered my old issue. Trying to check/force the synchronisation of variables in C++, there is no ideal way to flush your CPU’s cache to RAM for the other threads to access.

Now we are at me 2020, realising I’m going to have to compile to something lower level than C++ or C, I’ve decided to head down the path of compiling to LLVM IR – which will then allow me to still execute functions from compiled C/++ which will be helpful for filesystem access, networking capabilities and any other future functionality.